Ureterocalicostomy for a recurrent UPJ obstruction in a horseshoe kidney

A horseshoe kidney is one in which the lower poles of the kidney remain fused rather than separating in utero. They kidneys are usually low because the fusion prevents them from ascending under the costal margin. The connection is referred to as an “isthmus” and can consist of some minor fibrous tissue or it can be functional vascular kidney. Horseshoe kidneys are more frequent with other GU anomalies and occur at a higher rate in patients with myelomeningocele or spina bifida. A big problem with a horseshoe kidney is that it is also prevented from rotating properly by the lower pole connection. For this reason, the collecting system comes off laterally rather than medially and the kidney is prone to obstruction. Obstruction can be the result of UPJ obstruction, which can be resolved with a simple pyeloplasty or it can arise from abnormal drainage because the ureter is high and draped over the lower pole of the kidney. It is like trying to drain a watering can with a very high spout by just filling the can until it overflows.

Figure: A medial and very high ureteral insertion on a patient with a horseshoe kidney shown on the CT scan. 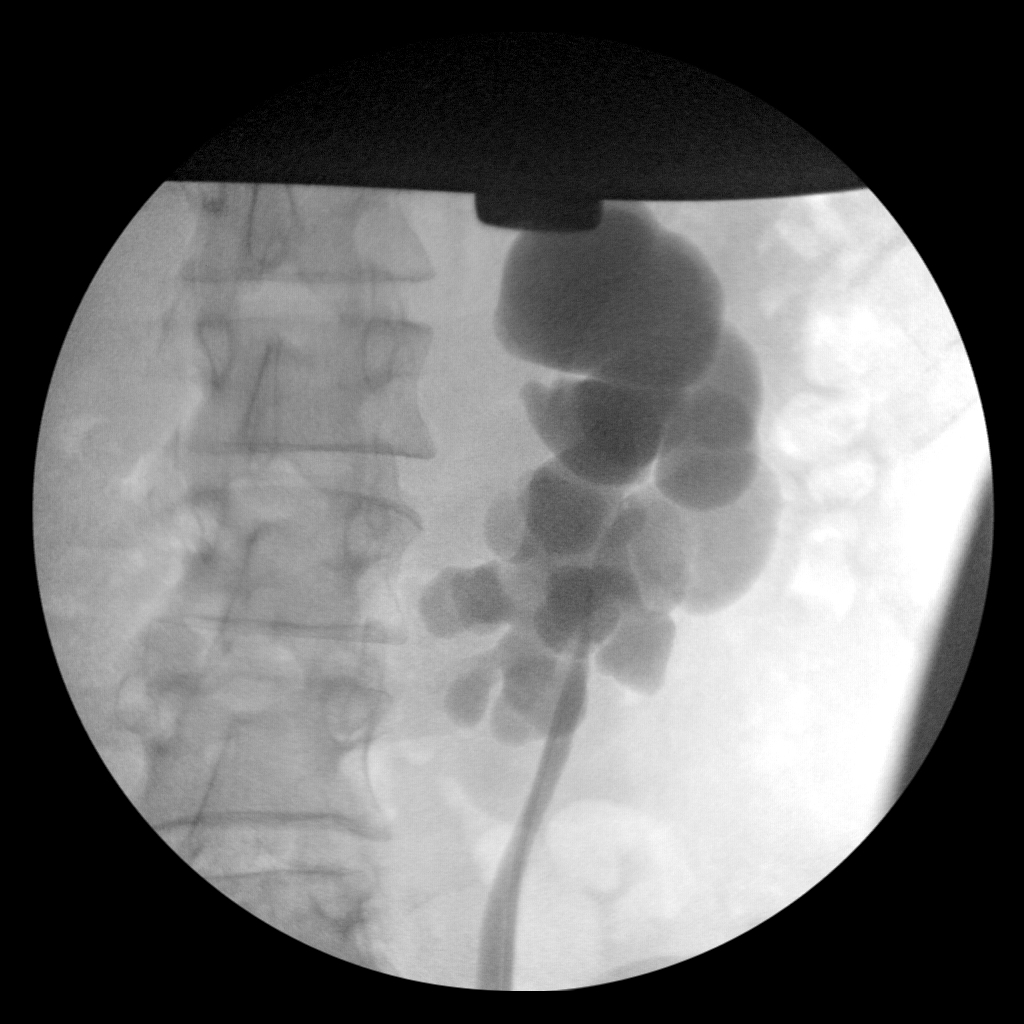 In the case above the patient had undergone a pyeloplasty robotically, but had immediate return of his symptoms with delayed washout on a nuclear medicine lasix renogram. The patient had a retrograde pyelogram and ureteroscopy and this showed that the ureter was wide open, but wrapped over the lower pole of the left kidney and had a very high insertion into a dilated collecting system.

We did an open surgery and approached the kidney through the sigmoid mesentery. We were careful to preserve the inferior mesenteric artery. The vascular isthmus was exposed and it became clear there would be no way of doing a ureterocalicostomy without separating the two kidneys by “isthmusectomy”. The reason for this is that in order to make and adequate amputation of the lower pole of the kidney the two lower poles had to be separated otherwise we would have had to cut deeply into the isthmus between the two kidneys. 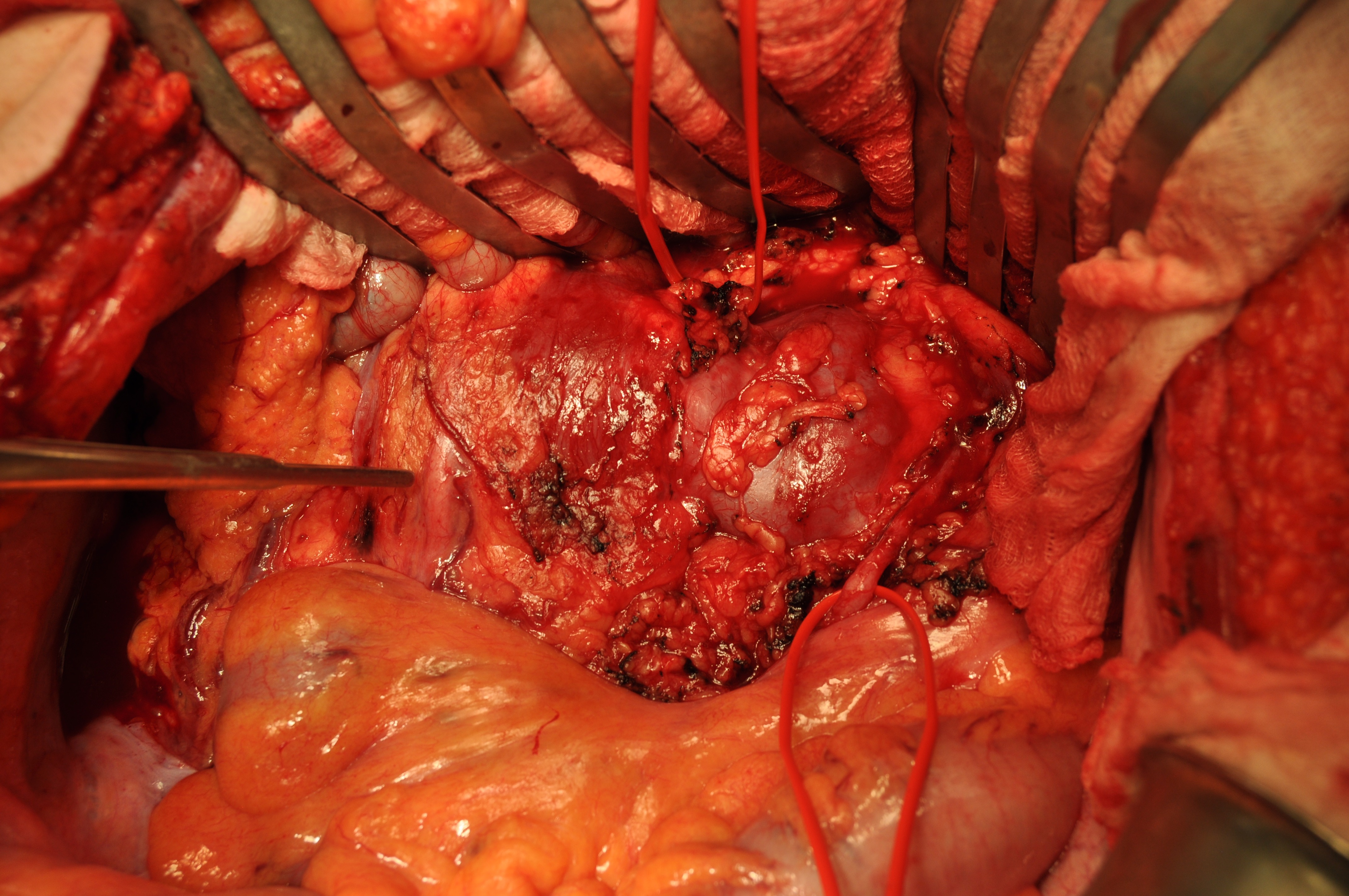 Figure: Isthmusectomy has been done in anticipation of left lower pole amputation. An axiom in ureterocalicostomy is that adequate lower pole amputation is needed to be able to create an open anastomosis with the ureter, especially in a system without much dilation, such as this case. 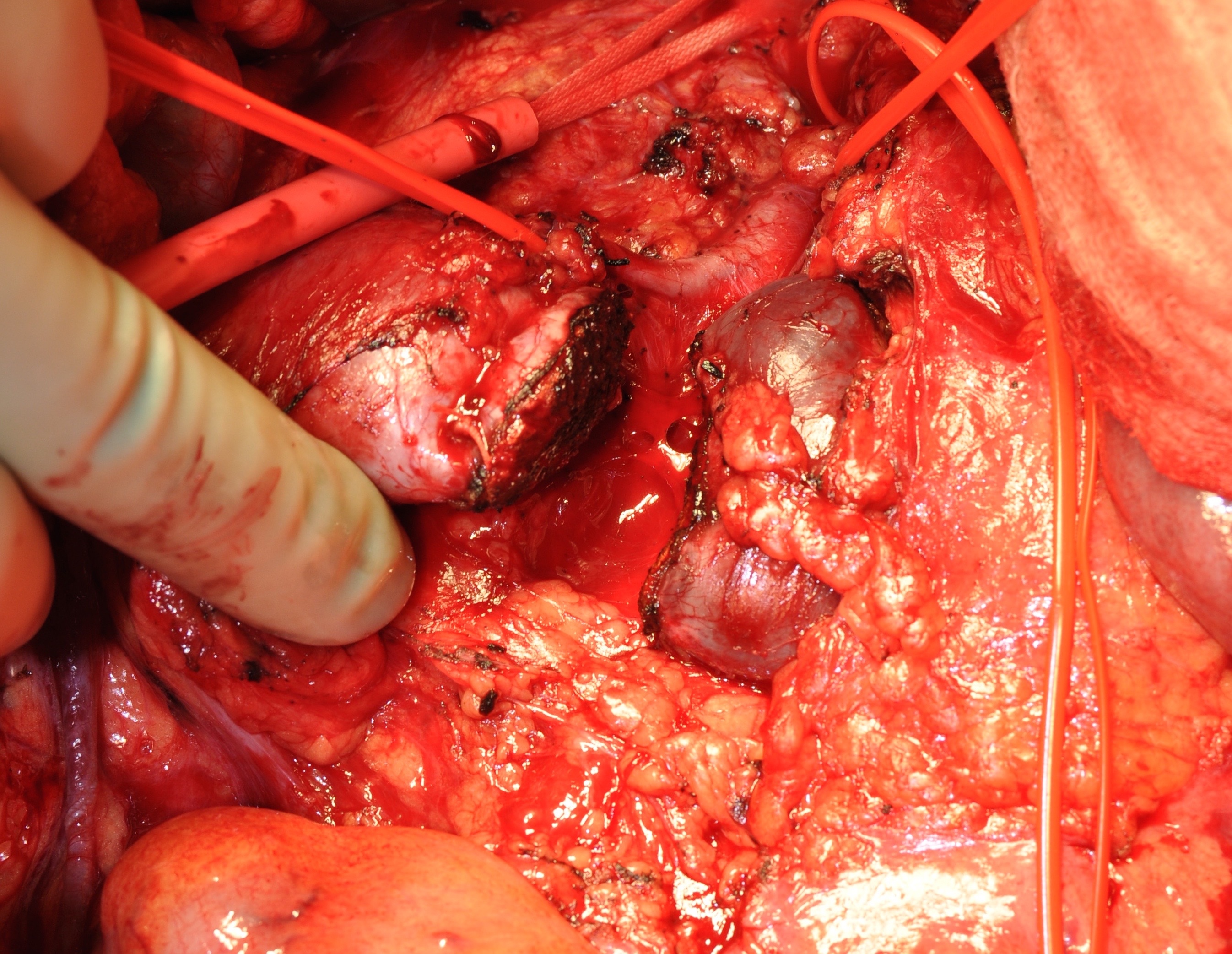 Figure: The tip of the sucker is on the right side isthmus and you can see the lower pole amputation with a wide caliber ureterocalicostomy on the left. 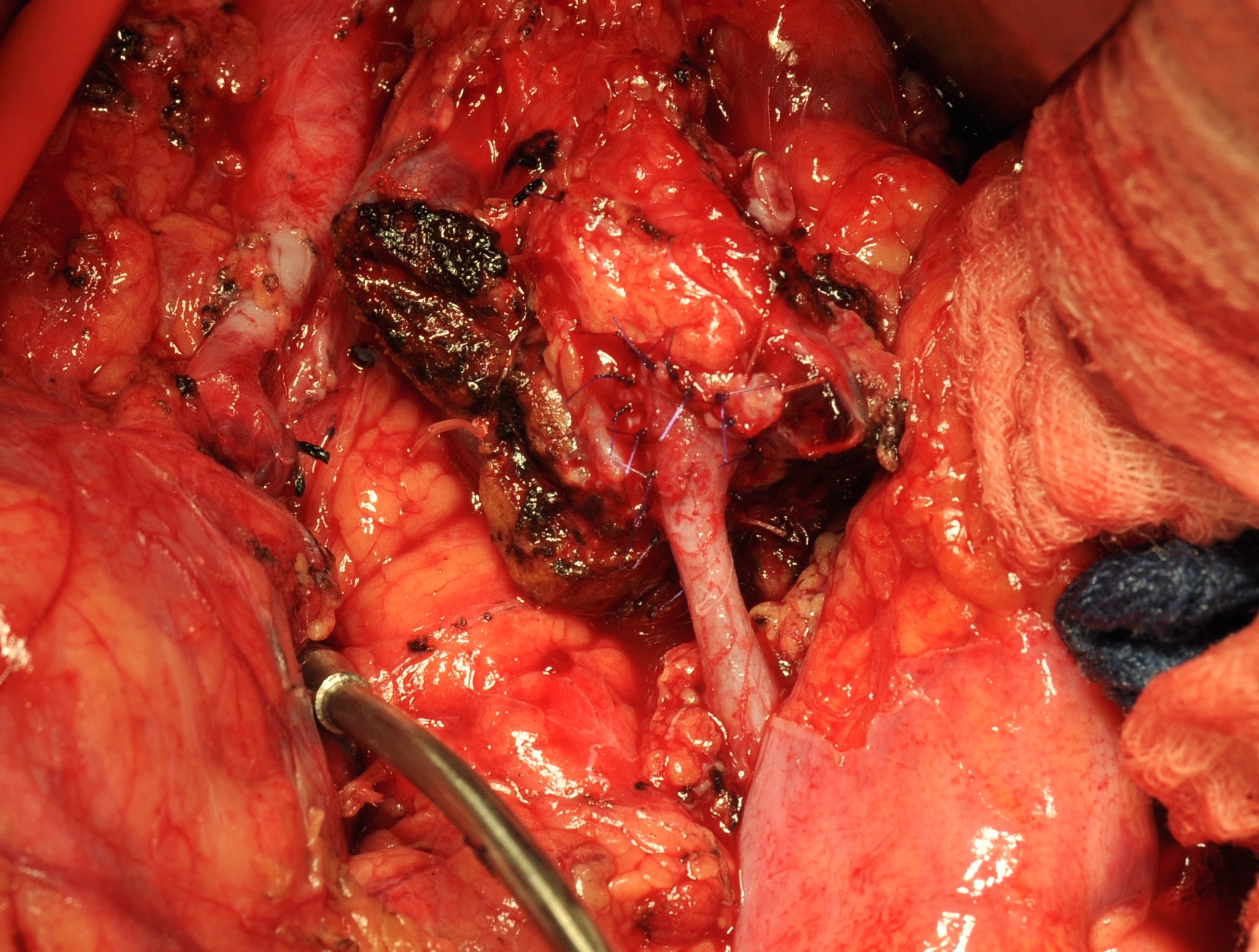